Let no one unversed in geometry 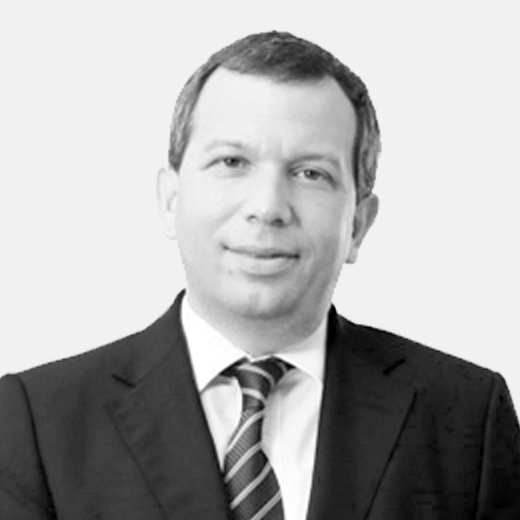 I am a graduate of Galatasaray Lisesi, a high school which represents a tradition of education that is more than five centuries old.

My university education was in another tradition of education, Boğaziçi University, where I received a BS degree in Industrial Engineering and a Ph.D. in Economics.

My advisor was Murat Sertel, a great scientist and a friend whom I owe a lot and miss a lot.

Following the completion of my Ph.D. in 1998, I developed my whole professional career at Istanbul Bilgi University, a young but distinguished higher education institution of Turkey. There, I have been the founding director of the Murat Sertel Center for Advanced Economic Studies which I beleive to be a center of excellence in mathematical social sciences. I have also served as the rector of my University between 2011 and 2015.

Since October 2015, I am a director of research at CNRS, working at LAMSADE, Universite Paris Dauphine.

Analysis of the preference aggregation problem within the standard Arrovian framework.

A result in a similar direction is by Dogan and Sanver (2008) which considers the aggregation of preferences over sets of alternatives and show that none of the natural domain restrictions that arise in this world allows to escape the Arrovian impossibility. We also show in Cengelci and Sanver (2007) that modeling the problem for a society of variable size does not help to escape the Arrovian impossibility. On the other hand, in Coban and Sanver (2014), we establish the existence of a large family of anonymous and neutral aggregation rules that satisfy a joint weakening of the Pareto and pairwise independence conditions. As another positive result, in Sanver and Selcuk (2009), we show that extending the range of aggregation rules by allowing a kind of ambiguity in the social preference ends up in the existence of Pareto optimal, pairwise independent and non-dictatorial aggregation rule. My work on modelling various social phenomena as an aggregation problem can also be seen to stand over this axis. For example, our findings in Cengelci and Sanver (2010) contribute to the literature which conceives the collective identity determination problem as an aggregation of individual opinions. The model of Can and Sanver (2009) might be the first time where stereotype formation is treated as an aggregation problem. In fact, there are many open questions about this problem which I plan to pursue.

My work on this axis contains the axiomatic analysis of various social choice rules. To cite a few results, in Sanver (2002), I show that scoring rules cannot simultaneously ensure choosing an alternative ranked best by the majority and avoid choosing an alternative ranked worst by a majority. In Ozkal Sanver and Sanver (2006a), we show under quite general conditions that when there are at least two proposals, referendum voting cannot ensure Pareto optimality.

Manipulability and strategy-proofness of voting rules

As this analysis requires a well-understanding of the relationship between preferences over alternatives and preferences over sets of alternatives, I had to derive new findings in this regard which have been separately published in Kaymak and Sanver (2003), Can, Erdamar and Sanver (2009) and Erdamar and Sanver (2009). Another focus on this axis has been my analysis of the effects of domain restrictions on the strategy-proofness of collective decision making rules. As examples in this direction, I will mention Sanver (2007) showing that –contrary to the standard intuition- expanding the domains of social choice rules can help escaping the Gibbard-Satterthwaite impossibility; Sanver (2009b) characterizing the domain restrictions that render the plurality rule strategy-proof; Chatterji, Sanver and Sen (2013) establishing domains that admit strategy-proof social choice functions which do satisfy various desirable properties. My research on strategy-proofness also includes the elaboration of the various “monotonicity” conditions of the literature which are closely related to non-manipulability. In Zwicker and Sanver (2009, 2012) and Ozkal Sanver and Sanver (2010), we introduce new monotonicity conditions and establish their relevance to non-manipulability. Another direction of research into strategy-proofness has been the introduction of indices that measure the degree of manipulability of social choice rules and compute these indices for various social choice rules, as we do in Aleskerov, Karabekyan, Sanver and Yakuba (2011a, 2011b, 2012). Learning more about “how much” a social choice rule is manipulable is a topic on my future research agenda.

Another direction is the analysis of social choice rules that are not Nash implementable, aiming to see “how far” they are from being implementable. A way to approach this question is to compute the minimal extension that renders a social choice rule Nash implementable as Erdem and Sanver (2005) do for scoring rules and Sanver (2006b) does for the majority rule. In the same direction but with a different approach, Sanver (2008) characterizes the domain restrictions that render the plurality rule Nash implementable. Again as a contribution to this direction, in Benoit, Ok and Sanver (2007), we propose a new approach to evaluate the “closeness” of social choice rules to be Nash implementable. The third direction is to explore the “performance” of certain collective decision rules by computing the equilibrium outcomes of the preference manipulation game that they induce when instituted as the outcome function. For example, we know from we know from Sertel and Sanver (2004) that for a fairly large class of voting rules, when strong Nash equilibrium is the solution concept, the achieved outcome is the Condorcet winner or a kind of its generalization. Results of the same spirit prevail for public good economies: Sertel and Sanver (1999) show that when the Lindahl rule is instituted without knowing initial endowments, at the Nash eqilibria of the endowment-pretension game we reach the voluntary contributions solution. Sanver (2005) derives similar results for a more general class of public good allocation rules.

A graduate programme in economics at Bilgi University

Turkey has a strong tradition of mathematical social sciences, initiated by Murat Sertel, almost 30 years ago. This tradition, almost unnoticed by the Turkish public opinion, is known and respected in international academic environments. One can very confidently say that Turkey is on the academic world map of Economic Theory.

The graduate programme in Economics at Bilgi University is a part of this tradition of mathematical social sciences. It aims to equippe students with the necessary and sufficient background to pursue a Ph. D. degree in economics or political economy in any respected academic institution of the world.

We welcome any student with strong analytical skills, independent of his/her undergraduate degree.

Official information about the programme can be found at http://gradecon.bilgi.edu.tr/. (Don’t be fooled by the fact that it is classified under the “MBA” category! It has nothing to do with a masters in business administration.)

Structure of the Programme

The structure of the programme is fairly simple. The first year, students take four courses per semester. Three of these (Econometrics, Macroeconomic Theory and Microeconomic Theory) are core courses. They are also expected to take one elective course per semester. Electing courses on (applied) mathematics is consistent with the spirit of the programme.

Hence, having high grades in the courses is necessary but not sufficient to be classified as a good student. What we understand by a good student is one who is able to do scientific research according to international standards.

We are able to give around ten full scolarships every year on a competitive basis, thanks to the generosity of the board of trustees of Bilgi University.

Each year's Bosphorus Workshop on Economic Design (BWED) is a week-long gathering of a small group of people interested in Economic Design. The Workshop used to meet on the Bosphorus at Bogazici (which means Bosphorus) University, Istanbul and would end with a cruise in this strait, whose name we still carry.

In 1983, we took the cruise down South to Bodrum (the ancient Halicarnassos) which is a resort town on the Aegean Coast and since 1984 we have simply taken the Workshop itself on board, going out on a pair of yachts for the entire week of the Workshop. Typically, we embark/disembark at one of the Southwestern Turkish yachting ports of Bodrum, Marmaris or Gocek (by Fethiye). Instead of holding the conference at a hotel, we do it at sea, on our yachts, waking up in a new bay every morning.

From ten to a dozen presentations on Economic Design are made at each workshop. (On two yachts we have a total of ten to twelve cabins, and we average a paper per cabin.) This means about two presentations each morning, beginning after our first breakfast on board, i.e. on the first day after we sail. This is the ``formal" part of the Workshop, and much discussion continues on deck or during a walk on shore or in the sea. During the ``formal" Workshop each morning the two ships are separated, one of them becoming strictly for the sessions and the other serving the accompanying non-economists. The ships are brought back together for lunch and thereafter.

The Workshops are self-financed, i.e. they are run on a cost-sharing formula applied to the participants. You can expect that it will cost $1600 a couple, including a week's food and drink and accomodation in the double cabin occupied by the couple. This includes the service we get from a captain, a cook and a mate on each yacht. The culinary aspect has so far been pretty satisfactory. Getting to our point of embarkation and from our point of disembarkation is the participant's own business, and of course uncovered by the above formula.

Depending on whether you want to see Istanbul, or the Izmir region(with Ephesus and Pergamon) or Antalya and its historical surroundings, you can fly into Istanbul, Izmir or Antalya. Or else you can fly to Dalaman, which is the nearest airport to our ships. Likewise for the return.

If you need help, please ask for it, and I will try to be useful.

Alumni of the Workshop are a good source of further information, and you are likely to be close to someone, so a list of them is included below for your consultation:

It was held between 23-30 August at Marmaris. 13 presentations were made.

Professor of Economics, Director of Research at CNRS